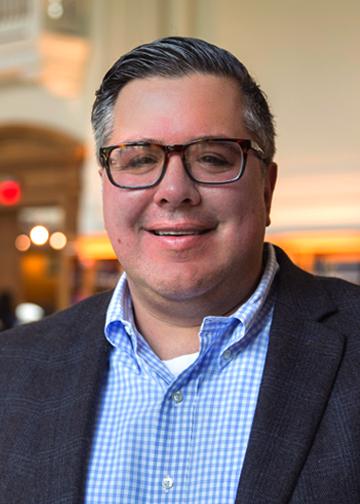 Within the Office of the Chief Information Officer, his responsibilities include the planning, alignment, budgeting, design, implementation and operation of information systems in support of the university's strategies and objectives within the direct OCIO organization. He establishes the IT strategy, policy, standards, and direction of processes for the university's estimated 35 indirect and distributed IT organizations.

Mike Hofherr joined Ohio State in 2011 and was named Ohio State's associate vice president for distance education and eLearning in 2012. Prior to that, Hofherr served for nearly two years as the senior director for learning technology in the OCIO, where he helped transform the educational technologies offerings on campus. He spearheaded the Digital First initiative, expanded the Impact Grants program, and led a classroom technology transformation that resulted in more than $2 million in savings while improving services. As senior director for learning technology, Hofherr also oversaw Carmen, the university's learning management platform, and the Digital Union.

Hofherr came to Ohio State in 2011 from Penn State, bringing an extensive background in managing and leading all aspects of learning technology projects. He holds a BS in communications media from Indiana University of Pennsylvania and an MS in instructional systems from Pennsylvania State University.