Three rooms (Jennings Hall 355, Journalism Building 360 and Cockins Hall 240) were added to Classroom Pool and the existing technology in them was brought up to the standard.

Installations of cameras for Zoom use were completed in all classroom pool rooms. Some larger rooms were also upgraded with ceiling microphones for Zoom use. 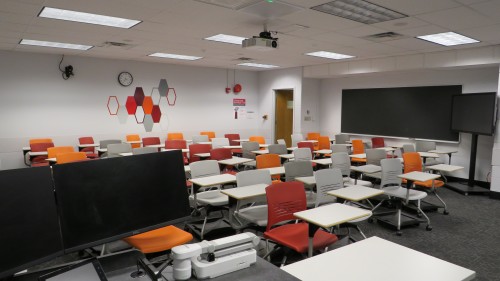 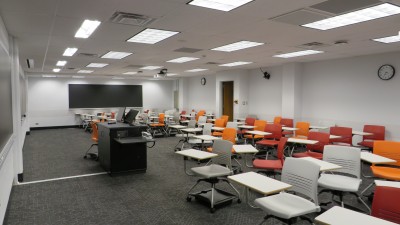 To expedite the backlog in the refresh process which resulted from COVID spending pauses, furniture was replaced in 11 classrooms in Hagerty Hall and Knowlton Hall. Additional rooms in the Journalism Building, Orton Hall, Hayes Hall and Jennings Hall will also be completed before Fall 2023 as a part of this process.

An additional style of larger ADA-compliant table has been added to the stock on hand.

University Hall 014 renovation plans are in progress and construction is set to begin after the Spring 2022 semester.

Digital Unions received an upgraded wordmark to reflect the new naming scheme, which names the facilities based on functionality, rather than simply location. 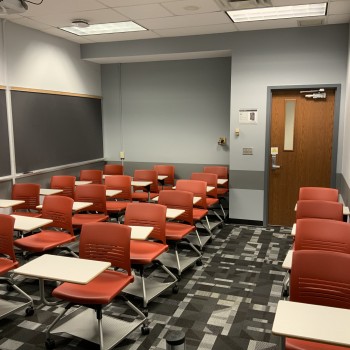 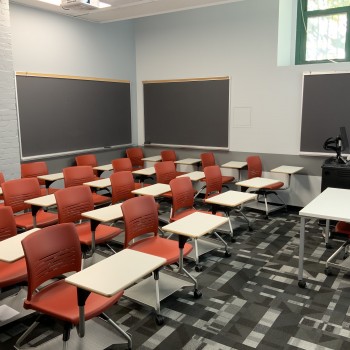 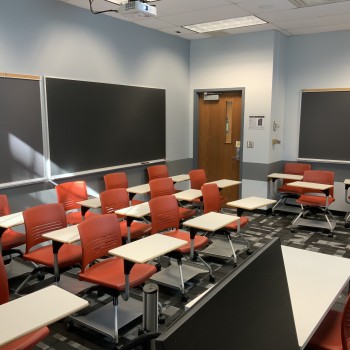 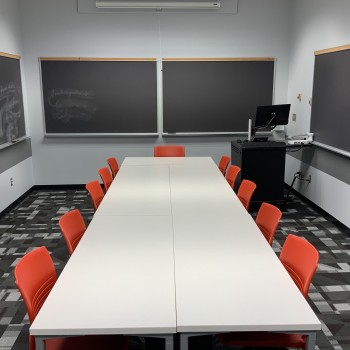 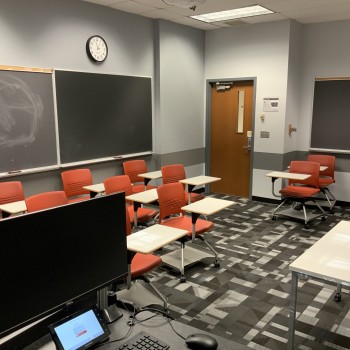 Classroom renovations and upgrades are in the planning stages for future breaks.

Information about building and campus renovation and construction projects is available from OSU Facilities Operations and Development.