The Present and Future of State Authorization Progress

Over the past year, the state authorization team has been working diligently to gain all of the necessary approvals for Ohio State’s online programs.

When I started in April 2015, the Office of Distance Education and eLearning had gained approvals to offer our 100% online programs in 20 states. However, programs that incorporated on-the-ground field experiences were not approved in any states. Additionally, professional licensing board approvals were not yet obtained, so that quickly became a priority.

Our nursing programs have high enrollment, so it was critical to get the necessary approvals to offer these programs in the most states possible. The first priority was to meet with the Associate Dean of the College of Nursing to gain a better understanding of where they wanted to offer their programs. Based off of that discussion, we began feverishly researching state board of nursing requirements. In one year, we went from having no approvals for nursing to 33 states where we can offer our nursing programs.

To simplify the approval process, Ohio State joined the State Authorization Reciprocity Agreement, also known as SARA, in September 2015.  As members of SARA, Ohio State is authorized to offer education in each state that is also part of the agreement, instead of having to get approval from each state individually.

Currently, there are 36 participating SARA states, with anticipation that there will be 44-46 states by the end of 2016. By joining SARA, we are reducing the number of applications that need completed, in turn, reducing the need for exorbitant funding and resources. We are also complying with state regulations and reducing our compliance risk. By making a good faith effort, Ohio State is setting a great example for other similar institutions.

State authorization is not going away, and it is possible for large institutions to comply with these rules and regulations. SARA participation doesn't replace state authorization, but centralizes it in an institution's home state. Approval is still required from state professional licensing boards, as SARA does not cover programs that lead to licensure. Further, additional approval is required should a program wish to place more than 10 students within a SARA state.  Because of SARA, we now have approval to offer our 100% online programs in 49 states, and we can offer our online programs with on-the-ground placements in 45 states.

The State Authorization team is still diligently working to gain the necessary approvals in Connecticut, Delaware, and Puerto Rico. Applications for these states and territory have been submitted for approval, finalizing the approval process for our distance education programs. However, despite having these approvals, the work is not over.

We need to shift our focus now to international approvals, annual reporting for SARA, the development of a state authorization database, a university policy that will better define roles and responsibilities for colleges and units, and working with colleges to better code their out of state placements.

We’re just scratching the surface of state authorization requirements. 2016 is going to be an interesting year for the State Authorization team. The university can expect increased outreach from our area including educational roadshows and webinars explaining state authorization more clearly. We want to ensure we’re communicating efficiently and effectively to everyone involved. 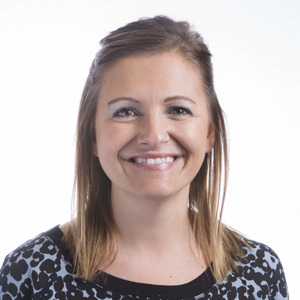