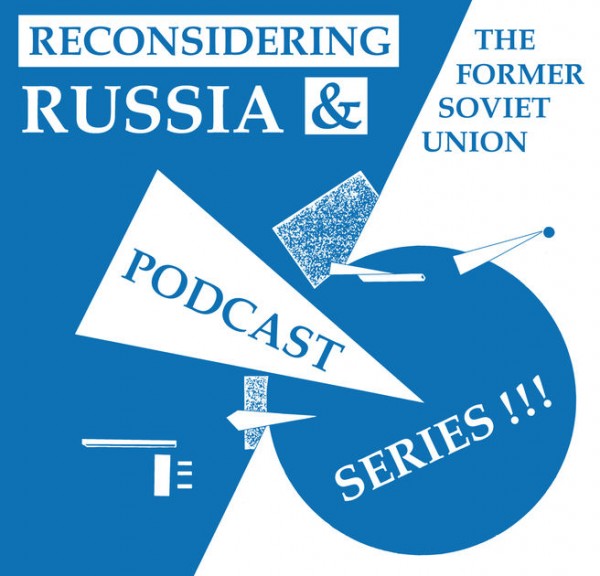 Russia has taken center stage in Washington DC and national news of late. While it may seem like a recent development, Department of History PhD Candidate Pietro Shakarian recognizes that complicated relations between Russia and the United States are nothing new. Shakarian created his podcast ‘Reconsidering Russia,’ with the help of the Digital Union Audio Studio, in hopes of promoting a dialogue with, and deeper understanding of, Russia.

The podcast began while Pietro Shakarian was a Russian Studies student at the University of Michigan. He saw deteriorating relations between Russia and the United States and began to blog about the politics and history of Russia and the former Soviet region. He eventually decided to transition his discussions from the blog to a podcast. The first episode of the Reconsidering Russia podcast features Sergey Sargsyan, a political comedian who has appeared on the Conan O’Brien Show and who been described as the ‘Armenian Jon Stewart’. Shakarian works to cover all aspects of life in Russia and post-Soviet reality. Topics include commentary on Russian theatre, literature, film, politics, international entanglements and more.

“I try to give my listeners the whole picture. At the time [I created the podcast], I felt that other podcasts on Russia and the former Soviet region were either too biased (against or for Russia) or did not capture the full scope of the post-Soviet space,” said Shakarian. “However, after only four podcasts, I had to put the program on hold due to other projects with which I was deeply involved.”

After coming to Ohio State to pursue a doctoral degree, Shakarian began visiting the Prior Hall Library as a convenient study location. While there a student worker at the Prior Hall Digital Union introduced him to the Whisper room, our Prior Hall audio recording studio. He soon decided to revive the Reconsidering Russia podcast.

“I immediately fell in love with it,” said Shakarian. “It was a great place to record audio and the quality was excellent. My first few tests there sounded like NPR quality! So, I guess you could say, in the end, Ohio State tops Michigan not only in college football, but in audio recording too!”

Shakarian has since recorded 13 episodes of his podcast.  His guests include journalist Fred Weir, publisher Ellendea Proffer-Teasley, and Russian-American commentator Vladimir Pozner.  His latest podcast features Zhores Medvedev a prominent Russian biologist and writer based in London. The conversation with the 91-year-old touches on his youth in Leningrad, time as a Soviet dissident and service in the Red Army during World War ll. To listen to this episode and many more, visit MixCloud or find it wherever you get your podcasts.

Interested in recording your own podcast? Check out our audio studios in Prior and Denney Hall to reserve recording time.