Behind the Scenes of State Authorization with Student Financial Aid 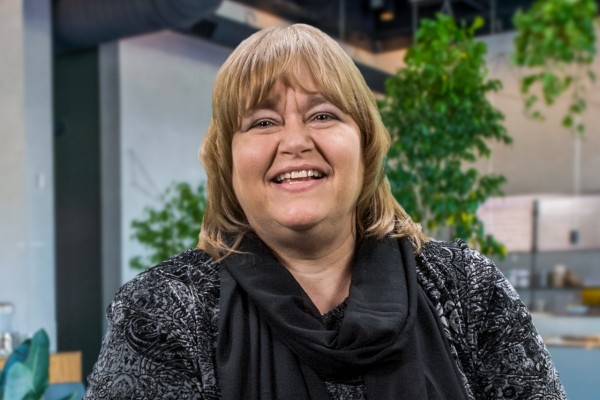 State authorization emerged on the horizon of higher education in 2010, when the U.S. Department of Education released its original state authorization language for comment during a required negotiated rulemaking process.

It has since evolved into what we know it as today — the federal, state, and professional licensing board regulations that impact online and on-ground education offered across state lines.

This article is the first in the series "Behind the Scenes of State Authorization."

What was your initial impression of the originating regulations that created state authorization?

When it first rolled out, it seemed like a lot of work for institutions. Honestly, the purpose behind it initially wasn’t all that clear from the U.S. Department of Education. Over the years, they have tailored the regulations to be much more specific than they were originally. It was pre-SARA (State Authorization Reciprocity Agreements, established in 2013), so we had to make the decision as an institution to investigate the requirements for each state, how we were going to be compliant and the expense of that. In one state, authorization might be automatic, but in another state it was many thousands of dollars. (Student Financial Aid was) brought in then to try and figure out what our requirements were as an institution, and how we were going to be able to track and complete reporting.

Once the state authorization team was formed (within the Office of Distance Education and eLearning) and SARA came into shape, it made it much easier to have confidence that we were complying because we had a dedicated area that was digging into the regulations and developing all the processes.

Thinking about Title IV Financial Aid eligibility, can you elaborate on the implications that could come up if Ohio State does not maintain compliance?

With any Title IV regulatory requirements, it’s important as an institution that we comply with all of them so that we can continue to offer Title IV aid. It’s knowing we’re doing everything we know needs to be done that’s laid out in the regulations so that in the case of an audit, we can demonstrate to the U.S. Department of Education that Ohio State has a strong state authorization program; and making sure as an institution, we have that reputation that we manage our risk by being compliant. If we did have a Title IV issue, there are institutional reputational risks that the university could feel an impact from. There could be financial impacts, not only from losing Title IV eligibility, but also findings from the U.S. Department of Education if we were determined to not be complying, it could impact aid that we have already administered to students. It could impact our ability to provide funds to our current students, which would impact enrollment and retention.

Do you have any vivid first memories of state authorization?

It really was the new regulatory initiative that they had to fold into everything else that SFA is already responsible for. Because Title IV aid is so broad across the university, SFA is used to working with areas that don’t seem to be an area that SFA needs to be involved with. With SFA’s experience and being at the table when discussions were occurring for what distance education courses needed to look like and what reporting needed to be in place, it wasn’t perceived to be an initial SFA issue.

It was (Associate Vice President for Distance Education Robert Griffiths) insight from the start that a strong partnership needed to be formed with SFA. That was one of the first examples where the partnership was established, right at the start as the program was developed. Often, SFA is brought in on the back end, and we have to look at where the gaps already are and help close the gaps or change the direction of decisions that had already been made.

From the lens of Student Financial Aid, what’s the most challenging aspect of state authorization?

What’s the best and worst thing about state authorization?

From an administrative perspective, it’s a lot and it’s been changing quite a bit since the rules really came into play. Keeping up with those changes has been difficult. For our students, the benefit to it is ensuring that students are getting an education and know where they can be licensed. Students having this knowledge and having the ability to research ahead of time to know where they can go after graduating is so useful.  While it may be an administrative burden, if there’s a benefit to our students then we’re always going to put the student benefit first.

What’s a key takeaway that you want everyone to know about SFA, your team, and how it interacts with state authorization?

We have a small, but mighty team with a big responsibility of Title IV compliance. It impacts areas all across campus and having partners such as state authorization with a well-developed program that is a trusted partner who is as dedicated to compliance as SFA is, to me, a shining example of how relationships across the university should be in place to help ensure we’re all able to do our jobs.