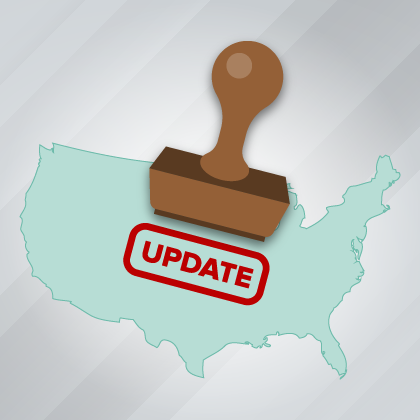 Proposed changes to regulations from the U.S. Department of Higher Education could significantly impact how The Ohio State University and other higher education institutions around the country handle both state authorization and professional licensure disclosures.

A new round of negotiated rulemaking began in January 2022 to revise the current disclosures. If the regulations proposed by the negotiated rulemaking committee are finalized, the current regulation would be replaced with new language. Two proposals are currently under consideration: One, proposed in January 2022, would require institutions to either “ensure that all programs that require programmatic accreditation and/or licensure/certification meet those requirements” and eliminate public disclosures that were previously required in 34 CFR 668.43 (a)(5)(v); the other, drafted in February 2022, would keep the disclosures required in 34 CFR 668.43 (a)(5)(v) but eliminate the option for a “no determination made” disclosure.

It is also important to note Congress is addressing the ability to disburse Pell Grants to students in short-term programs — with limitations, including that grant funds would not be offered for distance education courses.

What Would This Mean for Ohio State and for Students

Though it’s clear that the Department of Education’s intent is to increase student consumer protections, the new proposed language, as written, could cause unintended harm to students and place an undue burden on institutions.

First, “ensuring” curriculum meets educational requirements in a state sets a bar that is currently unreachable and would be legally binding. Not all states have a process in place to approve institutional curriculum, and among those that do, the approval process is not consistent across states. This will create a liability risk for institutions and a heavy burden on state licensing boards, as institutions would need assurance from each licensing board to document that its curriculum meets state educational requirements for professional licensure or certification.

Second, the proposed regulation would eliminate student choice for many, including military and out-of-state students as well as students who do not wish to pursue licensure or certification after obtaining their degree, since students who live in a state where the program does not meet state educational requirements for licensure or certification would no longer be able to enroll in these programs.

One more week of rulemaking will take place March 14-18, 2022. There is a public comment period for the last 30 minutes of each day.

Contact the state authorization team with questions about the proposed regulations.