K12 Scientists Go for the Au

This spring 1200 middle and high school students descended on Ohio State’s campus to participate in the state’s most exciting science competition. They climbed the ranks to qualify for the state level Science Olympiad tournament, and had their eyes on a qualification for nationals.

The competition began on a frigid Saturday well before the sun rose. A nasty storm jeopardized the teams’ arrivals in Columbus and imposed upon outdoor events, but the competition went on so students’ year-long efforts could be put to the test in events hosted across campus. Some students detected diseases in Jennings Hall while other competitors modeled proteins in Enarson Classrooms Building. The rivalry of young meteorologists went down in Derby Hall, and robot arms faced off in the French Field House. 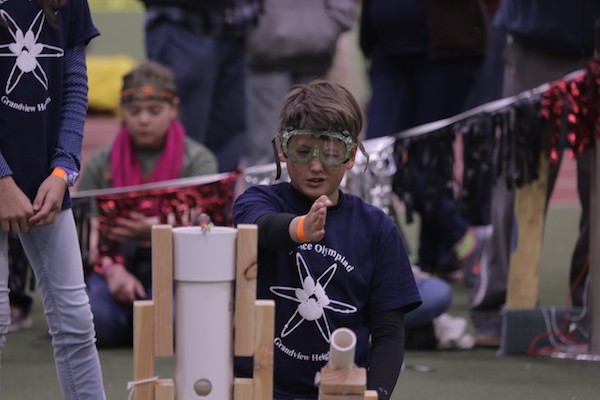 “There’s something for everyone at Science Olympiad,” said Angela Davis, State Director of the Ohio Science Olympiad. “Our competitions span a broad range of topics, offering students opportunities to dive deep into the subjects for an entire year.”

Epidemiology, meteorology and robotics probably aren’t the subjects that come to mind when you think of middle school science class. Science Olympiad offers opportunities for students to learn and apply science in an accelerated fashion.

“These students work on topics that far surpass what’s in their school’s curriculum,” said Laura Lathem, Science Olympiad Coach and Event Supervisor from Westlake, OH. “I often use college level textbooks to build these competitions for high schoolers and even middle schoolers to take on.”

The competitions also incorporate elements of teamwork and collaboration. In “Write It, Do It” the students practice their written communications skills that will enable them to document repeatable procedures in future scientific endeavors.

“Sports aren’t the only way for students to learn teamwork and build social skills,” said Davis, “and they can be just as competitive in the STEM arenas as they are in athletics.” 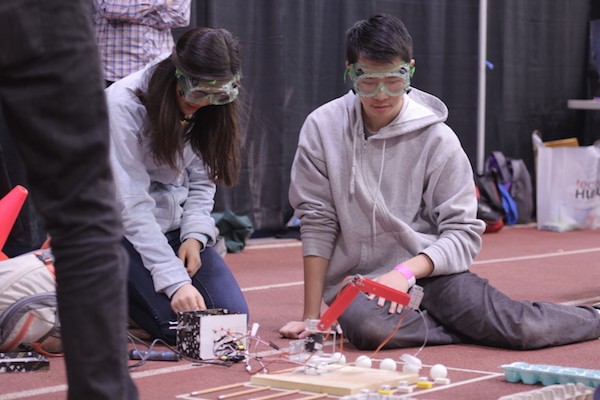 The seconds tick loudly as these competitions unfold. Some measurements are nail-biting spectacles—it can be a millimeter’s difference between a spot at nationals and another shot next year.

“I can really see my kids grow through these competitions,” said Lathem. “They work diligently throughout the year to find success, and even their failures are valuable learning experiences—as hard as they are to watch.”

Students practice peer mentorship and develop relationships with Science Olympiad coaches and event volunteers. Mariam Wright Edelman said “You can't be what you can't see,” and this competition connects students to real people working in science and applying those skills in a tangible way.

This year, Lathem took her teams to the invitational competition at the Massachusetts Institute of Technology. The event is run entirely by volunteers who participated in Science Olympiad as K12 students. The strength of the Science Olympiad alumni network indicates the profound impact this program has on student participants. 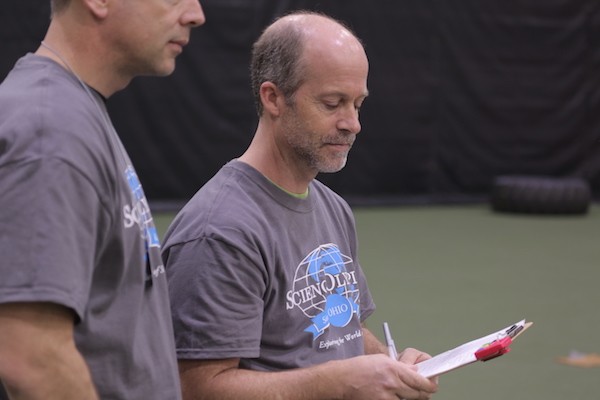 Science Olympiad offers the pomp and circumstance STEM achievement deserves. Students are known to lose their voices cheering for their teams at the award ceremony that concludes the day-long competition. This year it was Solon and Magsig Middle Schools alongside Solon and Centerville High Schools who represented Ohio at the national Science Olympiad competition. At the national level Solon Middle School won the Bottle Rocket, Bio-Process Lab, Fossils, and Invasive Species competitions. Centerville High School clutched the top spot in Hydrogeology and Solon High School placed first in Green Generation. All four Ohio teams placed in the top 10 for overall scores at the national level.

Now, Science Olympiad students and their families get a short breather until the next year’s competitions are revealed. Then it’s back at work with their eyes on the trophy, scholarships and science glory.