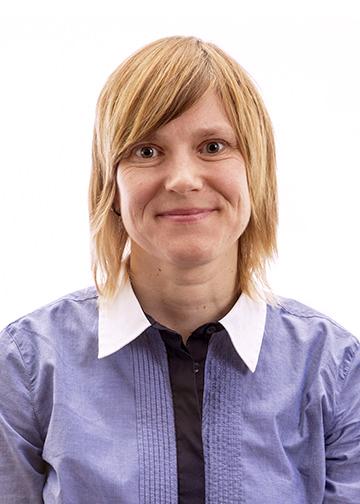 Liv Gjestvang joined Ohio State's Learning Technology team in 2007 and became Director of Learning Technology in 2012. Since June of 2013, she has been serving as the Associate Vice President for the Office of Distance Education and eLearning. Ms. Gjestvang leads Ohio State's Digital First initiative, recognized nationally for the development of digital content to transform teaching and learning in higher education. She currently oversees Ohio State's iTunes U initiative, along with the Digital Bookstore, the development and piloting of low-cost digital texts, U.OSU.EDU, a campus-wide professional blogging platform with more than 3,000 users, as well as three (soon to be five) Digital Unions, high-end multimedia production labs at Ohio State. Her team produces Innovate an annual national conference focused on exemplary teaching and learning with technology. Under her direction, Ohio State's Digital First initiative received the New Media Consortium's Center for Excellence Award in 2013.

Liv was a co-founder of Ohio State's Digital Storytelling Program, designed to share the academic work of the University with a broad public audience through digital media/content creation. This program became a national model for the use of digital media to build greater public understanding of the research and teaching missions in higher education. For more than a decade, Liv has taught student and teacher professional development courses in storytelling and digital media through the Wexner Center for the Arts. Prior to coming to Ohio State, she worked with youth and community media at a PBS affiliate in New York and has taught young filmmakers at the Sundance Film Festival, Taos Talking Pictures and throughout Ohio. She is the Founder and Director of Youth Video OUTreach, a community project that brought together 9 students and a host of local artists to produce the acclaimed documentary, 20 Straws: Growing Up Gay. This project received major funding through the Ohio Arts Council and the Legacy Fund of Central Ohio and has been screened at schools, universities and human rights conferences in the United States, Canada, Europe and South America.

Gjestvang has presented her work with youth, social justice, and multimedia education at national and international conferences including the Ohio Digital Commons for Education, the Educause Learning Initiative, and the National Alliance for Media Arts and Culture. In 2007, Youth Video OUTreach was one of ten featured projects internationally at the New Media Consortium. Her work with this project has been cited in academic journals and books including "Studies in Art Education" and "Interrupting Hate: Homophobia in Schools and What Literacy Can Do About It". She is the recipient of Ohio State's 2014 Distinguished Staff Award, for outstanding leadership and accomplishments in service to the university.